The firm has a dedicated team of lawyers dealing with traffic and motoring offences on behalf of clients throughout the UK. The team has specialist knowledge of the laws and procedures that govern how we drive on the UK’s roads including speeding, dangerous driving, drink driving and more. 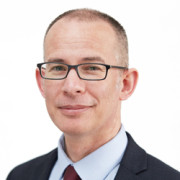 We can advise and represent those being prosecuted for traffic offences, facing penalty points, a driving ban or even prison. We also regularly assist drivers, businesses and organisation's in the transport industry, such as taxi, private hire, bus and HGV drivers and operators in dealing with a wide range of regulatory issues. By way of example we appear before the Traffic Commissioner for both drivers and operators.

Motoring offences can potentially have devastating consequences for individuals particularly in those situations when the motorist clearly had no intention of doing anything wrong. This can  be due to the seriousness of a particular incident, or where there has been a minor violation, but in the context of a motorists overall driving record the implications are far reaching. The accumulation of penalty points can result in a mandatory or discretionary driving disqualification or automatic revocation of your driving licence under the ‘totting-up’ and ‘new driver’ provisions. The result of losing the ability to drive can have severe consequences to your continued employment and personal situation. For certain more serious offences, the courts can also impose a custodial sentence.

In recent years there has clearly been a targeted increase in the enforcement of motoring offences and the amendments to the law mean tougher penalties are now given to motorists who fail to comply. When you are alleged to have committed a motoring offence or are, charged or prosecuted, it is important you fully understand everything about what is alleged against you and the options available.  Our specialist team can help with that.

How we can help:

If you are suspected of a motoring offence, we recommend you seek legal advice at the earliest opportunity. The team’s early intervention has in some instances stopped an investigation from progressing to a prosecution before the Courts. If you have been charged with an offence, we recognise it is a daunting experience and will do our best to help.

For further information on how the LP Motoring Offences Team can help you, do contact us:

I would like to thank you for the time and effort what you put into my case. From start to finish, nothing seemed too much trouble and you have certainty gone above and beyond for me and I really appreciate all what you done

We are immeasurably grateful to you and your team for taking us through the application process. You have been really wonderful to communicate with. To say we are pleased would be a great understatement, I would like to extend our appreciation for the amazing work done by you and your team. Your professionalism has impressed us and we consider ourselves honoured to have you as our attorney. Again thank you so much for everything your team have done, we commend you for the professionalism, skill and knowledge. Your devoted watch on details ensured a smooth flow of events through to the end product

I wanted to thank you for your dedication to my case and your excellent presentation to the magistrates on my behalf. Without your services I would not be driving today. I thought the way you approached the challenge of achieving a successful outcome for me was a masterpiece of strategy, planning and delivery. It was so interesting to watch you take the magistrates eloquently ‘by the hand’ through the maze of events and diverse facts that constituted my defence. Every “dot and t” was crossed with no stone left unturned. Your diligence, creativity and thorough investigations were exemplary and left no quarter for ambiguity at any stage of the proceedings. Furthermore the defence bundles that you prepared with the assistance of your helpful and professional assistant, were also a masterclass in both presentation and logical progression, and presented a daunting collection of hard evidence and background information to the magistrates which helped my defence significantly and shaped their response in a sympathetic and positive way. If there was a prize for the most accomplished defence of a client in a driving conviction case, you would certainly win it!

Leathes Prior Solicitors were professional, efficient and invaluable, I would like to offer my sincere thanks for their help with their involvement in this matter.