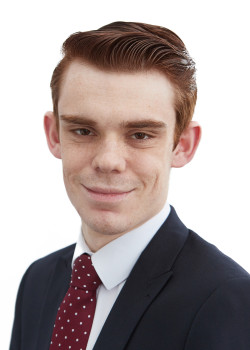 Sam is a Trainee Solicitor who currently works in the Corporate and Commercial Team.

Sam joined Leathes Prior in August 2019 and began working as a Paralegal within the Corporate and Commercial Team before starting his training contract in March 2020. He graduated from the University of East Anglia in 2016  where he studied Law, and then completed his LPC at BPP Cambridge on a part time basis whilst working locally.

Sam was UEA Law Society’s Master of Moots, taking the university’s moot competition to the UK Supreme Court in March 2016, and created the society’s Legal Triathlon Competition in his final year at UEA. He also volunteered for two years as a Welfare Rights Tribunal Advocate at a local free legal advice service.

Outside of work, Sam is a keen runner, golfer and skier, and continues to follow AFC Bournemouth around the country (including Carrow Road when possible). He also enjoys baking and cooking when time allows