Formalising a Financial Settlement on Divorce 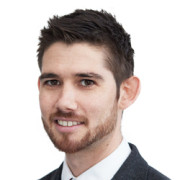 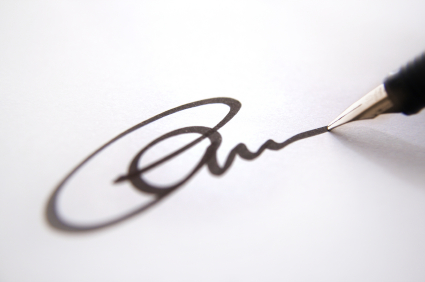 Getting divorced does not automatically deal with spouses’ financial claims. Spouses and former spouses should be aware of the implications of failing to obtain a Court Order to deal with financial provision on divorce or dissolution, even if there is an agreement between spouses as to how to divide the assets or if there are no assets to divide. This is of particular importance following the landmark Supreme Court decision in Vince v Wyatt [2015] which serves as a humbling lesson for those who have not had their financial agreement ratified by the Court.

Why do I need a Financial Order?

Spouses and former spouses have a right to make claims against each other for a share of the assets, incomes and pensions. These rights can only be terminated in the following two ways: If spouses do not obtain a Court Order dealing with financial provision, and neither elect to remarry, then the respective claims of each spouse against the other are simply left open indefinitely, creating a huge amount of uncertainty. As there is no statutory time limit for bringing an application for financial provision on divorce or dissolution, parties are left in a situation where some 5, 10 or 30 years later, a former spouse could decide to seek financial provision against the other. As matters are decided based on the parties’ financial circumstances at that time, this could have the unfortunate effect of taking into account wealth accrued after divorce or dissolution (such as through inheritance, successful investments or profitable business ventures).

This is precisely what happened in the recent case of Vince v Wyatt. In brief, the parties married in 1981 and had a son together. During the marriage they had very little money and subsisted on state benefits. They separated in 1984, formally divorced in 1992 but did not have their financial claims against one another dismissed by the Court. Mr Vince went on to pursue a “new-age traveller” lifestyle and subsequently formed the green energy business, Ecotricity, which became very successful towards the late 1990s and is now worth at least £57 million. Ms Wyatt’s financial circumstances remain very modest. As the parties failed to seek an order finalising their financial matters on divorce their respective claims against each other for financial provision were left open. Ms Wyatt then applied for financial provision in 2011 (27 years after separation) which Mr Vince tried to strike out. The Supreme Court unanimously allowed Ms Wyatt’s appeal and directed that her application for financial provision should proceed. The Court held that it did not have the power to strike out the application as the Court has a duty in family cases to conduct a detailed assessment of each case having regard to all the circumstances. Ms Wyatt’s application was therefore considered legally recognisable and not an abuse of process.

The implications of Vince v Wyatt

This ruling opens the way for anyone without a Court approved Financial Order to bring a claim against their former spouse regardless of how long ago they divorced or dissolved the civil partnership and regardless of the merits of their case. This judgment highlights the importance of ensuring that all financial matters are finalised at the time of divorce or dissolution and a Court Order is obtained. All former spouses who do not have Financial Orders in place should therefore review their circumstances as they may now face claims based on wealth accrued long after divorce or dissolution.

How to get a Financial Order

If spouses can agree financial arrangements outside of Court by negotiating between themselves, through solicitors or at mediation then they should formalise that arrangement to make it legally binding – this is called a Consent Order (a Financial Order by consent). The Consent Order is sent to the Court for approval together with some basic information about the marriage and each of the parties to allow the Judge to decide if the agreement reached is fair. This is purely a paper exercise and there is no need to attend Court. If spouses have unsuccessfully attempted (or are exempt from) mediation and cannot agree financial arrangements either directly or through solicitors, the Court can help with how to divide the assets. To do this, an application for a Financial Order is made to the Court and each spouse discloses their financial information to the other and to the Court. This process will take some months and, if an agreement cannot be reached in the meantime, it may end with spouses attending Court and a Judge deciding how the assets are divided. A Financial Order will then be drawn up based on what the Judge decides. If you would like to know more about finalising financial matters on divorce or dissolution please contact either Alisdair Douglas on 01603 281132 or Simon Willis on 01603 281110. (reference above to ‘spouses’ includes civil partners) Note: The content of this article is for general information only and does not constitute legal advice. Specific legal advice should be taken in any specific circumstance.