NO DEAL BREXIT FOR EMPLOYERS – WHAT ARE THE ODDS? 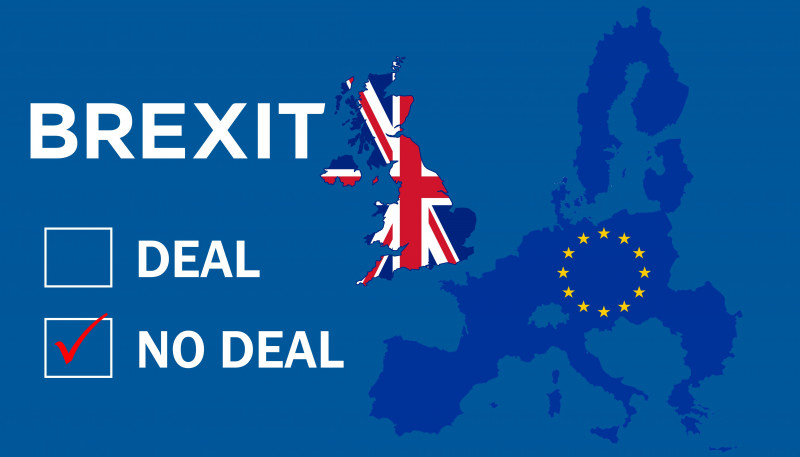 Paying heed to the old adage that book-makers are not often wrong, it is no wonder that many clients are now asking us for our advice on what the implications of No Deal Brexit would be for the immigration status of their employees and prospective employees.  Indeed, employers will also be considering all of the wider employment law/HR implications of a No Deal Brexit,  but it would be true to say that the most pressing concern for many will be that of immigration,  which this article seeks to address.   For the last year or two, many commentators (including ourselves) have provided guidance as to what the likely position may be arising out of a Withdrawal Agreement exit from the EU and many employers had become well versed on the subject - but as we stand today with 6/4 odds of a No Deal exit,  is much of that guidance of little value to employers right now?

So if there is a No Deal Brexit, what would this mean for employers and their employees, and what are the differences to what the position was likely to be under the Withdrawal Agreement?

The government would seek to end free movement of workers as soon as possible following a No Deal Brexit, using the Immigration and Social Security Co-ordination (EU Withdrawal) Bill 2017/19 to do so.  There would then be a transitional period until the UK’s new “skills-based” future immigration system came into force,  which would not happen until 1 January 2021.   It is important to ignore some of the alarmist speculation that one reads about what might happen to EU nationals (and their family members) who are already working in the UK,  since the government has already agreed that it will protect the rights of those EU nationals living in the UK at ‘Exit Day’ even in the event of a No Deal Brexit  (this is known as the EU Settlement Scheme).    However,  whilst the Withdrawal Agreement would have extended protection to all those EU nationals (and family members) resident by 31 December 2020, that would no longer be the case – protection under the EU Settlement Scheme would run only until Exit Day.

There would be other differences, too.  EU citizens resident in the UK would only have until 31 December 2020 to apply for status under the EU Settlement Scheme (and of course, demonstrating that they were resident as at Exit Day) – under the Withdrawal Agreement there was an extension of grace until 30 June 2021 (given the residency date requirement was not until 31 December 2020).    The appeal rights open to any EU citizen wishing to challenge a refusal of status under the EU Settlement Scheme would be considerably more limited under a No Deal Brexit, as recourse would only be in the UK courts – under the Withdrawal Agreement, ultimate recourse would be to the European courts.

During the transitional period until January 2021, EEA and Swiss nationals  (note, not EU nationals per se) will be able to come to the UK for up to three months without applying for any immigration status or visa.  However, to stay longer than three months they will need to apply for and obtain an ‘European Temporary Leave to Remain’  (ETLR) visa.  An ETLR, once obtained, will be valid for a period of three years.  It will not be extendable and will not lead to indefinite leave to remain in the UK, nor would it assist in any application for status under the EU Settlement Scheme.  The only way one could stay longer than three years under an ETLR is to successfully make a new application under the “skills-based” immigration system after 1 January 2021.

How will this skills-based immigration system work?

The fundamental principle of the new regime will be that free movement has ended and that the focus on whether someone should be allowed to move to the UK and work here will be that person’s skills and not where they are from.  To quote the government: “the brightest and best will continue to be welcomed”.    It is this regime that, long term, may frighten many employers who will say that, in fact, they rely on migrant workers to perform low-skilled work  -  but if there is any comfort for those employers in the shorter term, it is that a combination of the EU Settlement Scheme and ETLR process will go some way to mitigating the fears of an immediate drain of their labour pool.  Longer term, though,  there is no doubt that employers in certain industries will remain concerned.  The phrase “skills-based” will inevitably alarm them.   Are those concerns well founded?

Whilst at this stage the precise details of the skills-bases system is not known, the government’s consultation papers on the subject issued so far state that it intends to modify the existing Tier 2 work permit system by simplifying the sponsorship regime, reducing the skills threshold from its current levels, abolishing the resident labour market test  (i.e. the requirement for an employer to show that they could not fill the vacancy with, under the current regime, an EU national but in the future, an UK national) and removing the annual cap on the number of skilled workers.   Subject to the finer detail, it would appear that the prospects for any non-UK national to obtain a work permit under the new Tier 2 system will be substantially greater than they are under the current system.  Employers of migrant workers in low-skilled sectors are also offered some additional hope -  it is suggested that there will be a temporary work route for lower skilled jobs and where a Tier 2 work permit is not obtainable, allowing stays of up to 12 months in the UK, followed by a 12 month cooling off period (before that individual could return to work in the UK again).

Whilst there are clearly grounds for more optimism for employers concerned about immigration in the event of a No Deal Brexit than one might first think,  it is also accurate to say that businesses currently reliant on EU labour are going to find that they are required to grapple with extensive guidance and numerous different ways of establishing eligibility (or not) – and of course they will need to apply to become a sponsor under the work-permit system, which will be burdensome.

So if one believes that the book-makers may be right, a prudent employer will start preparing now.   Here at Leathes Prior we have an Employment Team and also expert Immigration lawyers that can assist your business in Brexit planning – please contact us to arrange a meeting where we would be happy to discuss your bespoke circumstances.