Disclosure by the Police 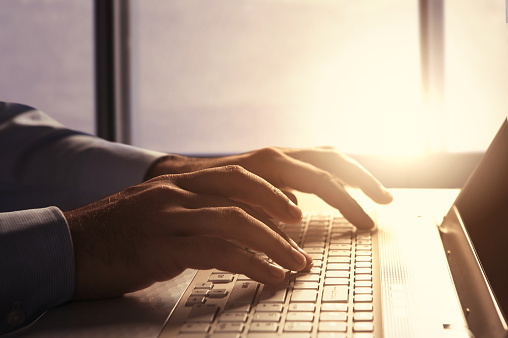 In some circumstances, a quick “Google” of an applicant's name will not be sufficient to satisfy the regulatory requirements of the role they are about to be hired into. For these circumstances, a Disclosure and Barring Service (DBS) check may be carried out. A DBS check (replacing the old CRB check) provides employers with details of past offences, cautions, arrests and allegations, allowing them to make a decision on the suitability of an individual for a certain role. A prospective employer can request either a ‘standard’ or ‘enhanced’ DBS check. Standard checks involve a search of the applicant’s criminal record on the Police National Computer, showing reprimands, warnings, cautions and convictions, and are commonly required for those applying for roles governed by strict regulatory regimes (such as within the financial and legal sectors).

In addition to the information included in the standard check, an enhanced check will also disclose information held by local constabularies that they consider relevant to the post applied for. Enhanced checks are required for an individual undertaking a Regulated Activity (a term used to describe certain job functions carried out by applicants, for example in relation to children or vulnerable adults). An enhanced DBS certificate could include, for example, allegations of criminal conduct and even cautions and convictions of those the applicant lives with.

Originally, the statutory scheme surrounding DBS checks required blanket disclosure of all convictions and cautions. Following a Supreme Court ruling (in R (T & others) v Chief Constable of Greater Manchester & others [2014]) the statutory scheme was found to unjustifiably infringe on the right to a private and family life under the European Convention of Human Rights (ECHR). An amended scheme was subsequently implemented, which no longer required such blanket disclosure, but rather disclosure of spent convictions in certain circumstances, for example sexual offences, ABH (the ‘specific offences rule’) and offences where an individual has two or more convictions (the ‘multiple convictions rule’). For a more detailed background on DBS, and the record deletion process, please see our “Records held by the Police” article.

Recently, two further cases have changed the landscape of what can and what cannot be disclosed on a DBS certificate. In a further judgment (R (on the application of P) v The Secretary of State for the Home Department [2017]), the Court of Appeal found that the ‘multiple convictions rule’ and the ‘specified offences rule’ could potentially breach the right to a private and family life, as they applied automatically irrespective of the nature of the offence, or how long ago it was committed. Whilst the new scheme was not a breach of the ECHR per se, it may cause a breach in some circumstances. For example, according to the Court, disclosure of an ABH conviction from 31 years ago would not be “proportionate or necessary.”

The second case (R (on the application of SD) v Chief Constable of North Yorkshire [2017]) involved the North Yorkshire Constabulary’s decision to disclose allegations (only) that the applicant had made sexual comments in the presence of students under his supervision (aged between 17-24) on his DBS certificate. The Independent Safeguarding Authority (a precursor to the DBS) had carried out an investigation into the allegations, and decided not to bar the applicant from working with children or vulnerable adults. In view of the Constabulary’s decision to include the allegations (with no further detail), the applicant challenged such disclosure by way of judicial review. It was the applicant’s case that the inclusion of the allegations, absent of the outcome being included, did not strike the right balance as they were:

The Court of Appeal found that the Constabulary’s decision to disclose the allegation but not the outcome of the safeguarding investigation was a disproportionate interference with his right to a private and family life. The Independent Safeguarding Authority’s decision indicated that the applicant was not unsuitable to work with children, and omitting this significant piece of information meant that the DBS certificate failed to disclose the whole picture.

These decisions emphasise the significant grey area in what should, and should not, be included in a DBS certificate. It may, in future, be easier to convince an authority that they should include an additional piece of information (such as the safeguarding report discussed above) rather than omit the original allegation. However, the uncertainty in this area means that it is likely the goalposts will soon be moved again.

If you would like to challenge an entry or omission on a DBS certificate, apply for record deletion or would like any further information disclosure and record deletion, please contact our Defence and Regulatory specialists on 01603 610911.