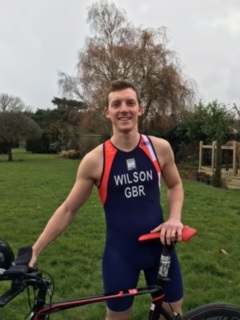 Stephen qualified for the championships by making fourth place in his agre group in the British Championships in St.Neots triathlon last year. With Leathes Prior’s sponsorship as support, Stephen will be travelling to Portugal to compete in the championships which will be taking place on 26 May 2016 in Lisbon. Stephen has been competing in triathlons locally for four years and is now preparing to step up to the European Age Group scene.

On 27 May, Stephen will be racing against the best 25-29 year old Triathletes from all over Europe in a sprint distance triathlon. Since qualifying for the European Championships, Stephen has been living a double life working as a solicitor during the working day and training as a triathlete for 7-10 hours a week during his spare time. The sprint distance consists of a 750m swim, a 22km bike leg and a 5km run to finish.

Stephen said “I am delighted to have qualified for Lisbon. What started off as a hobby to keep fit has now progressed into an exciting journey and I’m really looking forward to taking part. I’m really grateful that Leathes Prior are supporting me in taking on the challenge and I hope make everyone proud!”